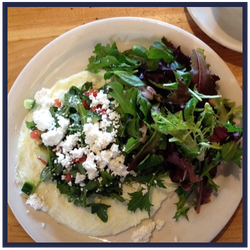 Egg White Pancake: Now this would be a great option for breakfast, lunch and dinner. 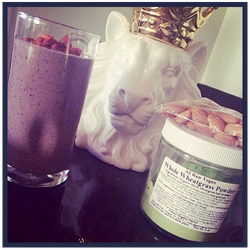 For me smoothies have become part of my morning routine. Loaded with tons of nutrients, protein, and raw food, they provide energy throughout the morning. You can use any kind of yogurt see the benefits of all different options below the recipe: 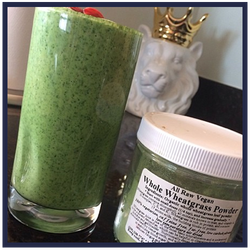 Mix until smooth (I use the Ninja blender) top off with Goji Berries for powerful antioxidants.
THE DIFFERENCE BETWEEN YOGURTS:

GREEK
Greek yogurt is super hot, mainly because it packs about twice as much protein as traditional yogurt. That’s because Greek yogurt is strained through a filter to remove the whey (liquid), giving it a thicker consistency and more protein per bite.

A single serving container of non-fat (0%) organic Greek yogurt like Oikos contains 80 calories, 0 grams of fat, 6 grams of carb, 15 grams protein, and 20 percent of the daily value for calcium. The only ingredients are pasteurized organic nonfat milk and live cultures (bacteria).


COCONUT
Coconut yogurt starts with coconut milk, which is pressed from the delicious white meat of the coconut with water added. The milk captures some of the good coconut fat, which has been shown in some recent research to help lower bad cholesterol and reduce belly fat. It also contains antioxidants similar to those in berries, grapes, and dark chocolate.

A single serve container of Amande’s peach almond milk yogurt (they don’t list ingredients on their web site and I couldn’t find plain at my local market) contains 150 calories, 6 grams of fat (again, the good, heart healthy kind from almonds), 22 grams of carb (2 as fiber), 3 grams of protein and 30 percent of the daily value for calcium. The ingredients are: almond milk, fruit juice concentrate, peaches, rice starch (thickener), locust bean gum (a thickener that comes from the seeds of the carob tree), pectin (a gelling agent that comes from plants), tapioca (thickener), natural flavor, tricalcium phosphate (a vegan source of calcium), annatto extract (a natural color from the seeds of the achiote tree), and active cultures.
Coconut


SOY
Soy yogurt starts with soy milk. Aside from being dairy free for those looking to eat less animal protein, soy yogurt may offer some unique benefits. A study published in the Journal of Food Biochemistry looked at how different kinds of yogurt helped control diabetes. They found that soy yogurt was particularly effective at blocking enzymes that impact carbohydrate digestion, which results in a slower, steadier rise in blood sugar after a meal. And a recent animal study found that rats fed soy yogurt had healthier livers and lower cholesterol levels. The downside is it’s difficult to find an unsweetened soy yogurt, and because they tend to be thinner in texture thickeners are often added.


SKYR
This Icelandic yogurt is becoming the new Greek. Technically a soft cheese, skyr includes the same basic ingredients: skim milk and live active cultures. It’s made using a centuries-old straining process that removes the liquid, which makes it very thick (seriously, stick a spoon in it and turn it upside down—it won’t fall out). Because of the removal of fluid, one cup of skyr requires three to four times the amount of milk needed to make a cup of traditional yogurt.

A single serve container of plain, nonfat skyr like Siggi’s provides 80 calories, 0 grams of fat, 5 grams of carb, 15 grams of protein and 17 perent of the daily value for calcium. The ingredients are pasteurized skim milk, live active cultures, and vegetable rennet (to help coagulation).
Powered by